Fill out the form below:

Robin Bebb welcomes you to his new Touring Caravan Park in which he has created a wonderful haven for visitors to escape from their busy lives and get back to the wonders of nature.

The Park is set in the small hamlet of The Newnes, where Robin’s family have farmed for seven generations, over 175 years.  The Newnes dates back to Medieval times and gets its name from when King Edward II is said to have placed some new people on the property formerly occupied by displaced Welsh Rebels.  The origin of these people is unknown, but they were referred to as the neow-ones (old English Neowe=new), hence the name Newnes.

Robin and Jane welcome you to the Newnes Touring Caravan Park in which they have created a wonderful haven for visitors to escape from their busy lives and get back to the wonders of nature. Make an enquiry 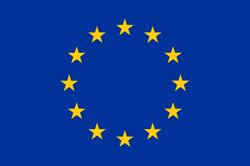 European Agricultural Fund for Rural Development. Development and expansion for caravan park for an additional 20 pitches with new toilet and shower facilities and a fishing pool. Europe investing in rural areas.